your home on the Cape

Welcome to the Woods Hole Inn

At the very center of Woods Hole, a storied village playing a lead role in Cape Cod’s colorful history since the 1600s, stands the newly renovated Woods Hole Inn. This Cape Cod inn was first erected in 1887, as the area moved beyond its roots as a whaling village and merchant industrial hub, and embraced its future as a cradle of marine science and a summer playground.

Updated Accommodations
The inn’s 14 rooms have all been updated, creating vibrant, welcoming spaces. New bathrooms and graciously proportioned rooms were most recently added upstairs, with private decks looking over Great Harbor, the Eel Pond, and the Martha’s Vineyard ferry landing. With vintage restored hardwood floors, refinished cast iron tubs and pedestal sinks, the best of the old was combined with the best of the new: gleaming glass rain showers, marble subway tiles, original artwork and modern decor.
Learn More
Inspired by the Sea

Your hosts at the Woods Hole Inn hope you will choose to visit this singular place for the same reasons we chose to live here: its unique combination of blessings for the head, heart and soul. Cape Cod has been luring lovers of landscape and seascape for as long as we’ve had eyes. But the town is more than the seafarers, scientists and summer-timers you might expect. Creative and talented folks of every description love this place. That’s why our tiny village offers so much to enjoy: an aquarium, science centers for kids of all ages, art galleries, libraries, restaurants, parks, an ocean-side bike path, a golf course, tennis courts, a film festival, musical events, theatrical productions — all this to add to our harbors and beaches and lighthouses and more beaches!

Steps from the ferry 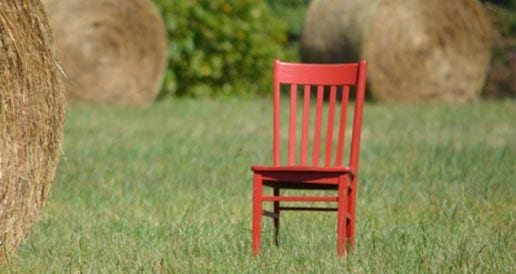 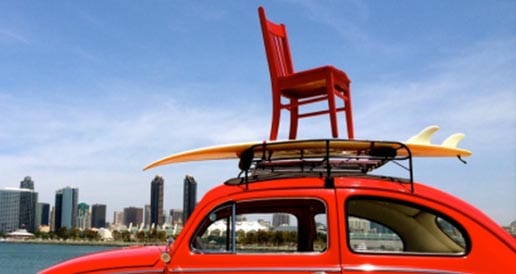 The story of a humble red chair turned famous icon, began here at the Woods Hole Inn and continues to this day.   This famous chair has traveled all over New England, down the Eastern Seaboard, across the southwest to California and is now headed towards Canada and maybe one day even Alaska!  Learn more about this incredible journey of sharing, community and travel on 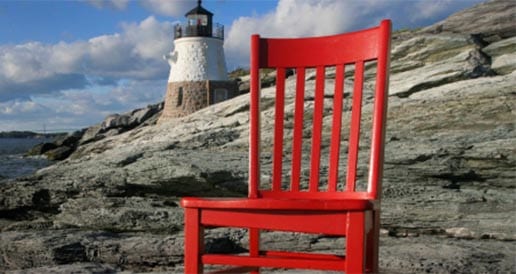 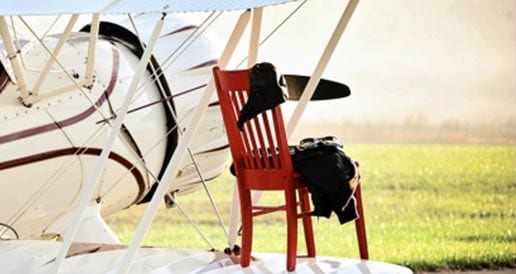